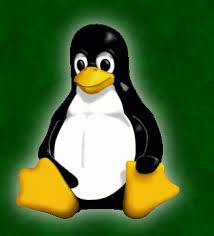 Well, approx three weeks into the grand experiment of learning Linux without a safety net, and all I can say is, that we have a keeper so far. I've been able to do all the stuff in Linux that I've been able to do in Windows thus far with only a few changes in procedure. I can surf the 'Net in either Konquerer or Firefox, I use Evolution to manage my email. I changed my distro from the regular GNOME Ubuntu to Kubuntu with the KDE environment so I can have the versatility of both desktops, I seem to have cured my problems connecting to the internet, and I was able to download podcasts and music to various and sundry music players although getting the system to work with an iPod seems to be a little chancy-dicey. But no worries there as I have access to a Windows computer at my church I can sync up with my handhelds and such.

The KDE desktop I'm currently using has a very Windows Vista feel to it. The fonts are nice and clean, I even like some of the eye candy, which is usually not something I pay much attention to in Windows. I installed a cheap hardware firewall to help with the security, and because of the very small hacker target that Linux poses next to Windows, I don't even have to run an anti-virus program. The system seems as stable and crash-resistant as Linux devotees like to boast, and I really don't miss having Windows on this box. There have been a few bumps in the road, especially in trying to get mp3 files to play in the music players, but the software actually was able to download and install the files needed to get mp3 support running. I have yet to install anything from source code yet, and being a Debian based distro, Ubuntu has a nice package installer on both desktops that takes care of .deb packages easily. Every couple days or so, I get a alert from the update manager that new software is ready to install, and a few mouse clicks and a password later my system is up to date. I still need to figure out how to get the World Community grid client I have up and running because I was into that very important cause back in my Windows days. But so far, diving into the world of Linux has been a lot easier than I expected. I kinda hope that Linux doesn't get much bigger, because it would start attracting the bad guys who want to piss on every one's parade. Now I understand why all the Linux and Mac zealots are so passionate about their chosen computing environment. The quality of the software gets better every day, the desktop experience is more user-friendly than I've had in earlier forays into Linux, and the best thing is, I don't have to pay one red cent to support the Microsoft hegemony. I have proven that one does not need to be joined at the hip to Redmond in order to use their computer. As I learn more about Linux and Open Source software, I'll start getting into some of the deeper nuts and bolts of this operating system including...shudder!!, opening a console and issuing commands via the command-line!!! My geek quotient is growing by leaps and bounds, although promise not to rag Linux newbies if they come to me with a question. I am loving the Penguin!!!
Posted by Pierre Wheaton at 12:53 PM