Happy New Year from the Little House in the Ghetto.

Just wanted to chime in and wish the thousands of readers of the Moonlight Scribbler a happy and most prosperous New Year and in my traditional New Year's Blessing,

And also may this decade be a damn sight better than the last one. Yeah, Yeah, some people say that technically 2011 starts the new decade, but foo on that noise, symbolically it makes more sense to consider 2010 the beginning of the new decade rather than 2011. It's been a good year overall at the Little House in the Ghetto. I'm still living here. I've enjoyed pretty good health thus far. I need new glasses, the ones I'm wearing are about 15 years old. My right ear feels like it's stopped up, my knees are protesting. I can't throw a ball or anything else more than 30 feet. I've developed a stutter and my short term memory is shot to hell. But I'm still standing and breathing and best of all, still able to keep the blog up.

I'm not usually one to do resolutions because I never keep them. But I will make a very special attempt to keep these resolutions: 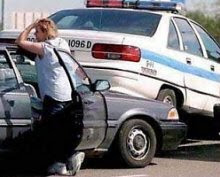 I will resolve not to tailgate police cars. 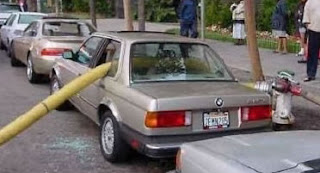 I resolve to no longer park next to fire hydrants. 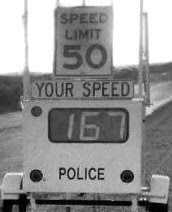 And I resolve to drive closer to the posted speed limits.

These should not be hard to keep considering I don't drive. This last one presents a challenge. 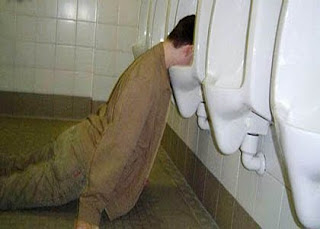 And finally, I resolve to drink much less beer in future.

The '00's have been fun and i'm looking forward to what the 'teens have to offer. Maybe a better job, a love interest? A bunch of money...who knows, but the only thing there is is to experience it and see what happens on the other side. From the Little House in the Ghetto to all those who read this blog whether they admit to it or not, Have a happy New Year and come back in 2010 for more essays, blog posts and other literary nick-nacks from your favorite blog, The Moonlight Scribbler.
Posted by Pierre Wheaton at 7:33 PM